It's been a while since I blogged here and as the dramatic title may suggest, that's not because I've had a shortage of life events to write about; I was busy dealing with them all.

My mother died in April and although her health had been troubled for some time none of us expected it might be fatal. So it was fairly sudden which is shocking, but preferable to the slow, lingering and degenerative exit that my wife's grandmother is enduring along with close family. I miss my mother very much, but the memories are now starting to be fond and comforting instead of just painful.

We welcomed my sister's second child into the world in late January and my mother met him the week before she died. She also knew that in July my wife and I were expecting a daughter. The new life arrived, almost two weeks late at the end of July and, forgive me for gushing, she is just beautiful and a joy to have around. 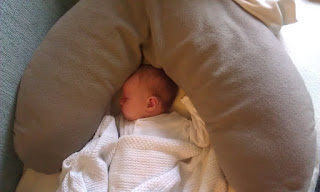 This is our second child, our son being well into his seventh year. This time we are much more relaxed as parents and perhaps that's why our daughter seems content. That said, our son was a fairly content baby too, so I suppose there is nature, nuture and luck involved.

Late spring and summer coincided with a particularly troubled time at work, not just for me, but for some friends too. Life sometimes seems to throw everything at you at once, but in a way that can be a good thing. For me it helped keep things in relative perspective. The important thing is to press on and, as a local, Kipling-esque expression goes, keep the head.
Posted by mcnalu at 12:16 No comments: